In my head I had two versions of the Mummy. One was the great Egyptian Pharaoh that had respectfully been dried and wrapped in linen to help preserve it for the afterlife. The other was the Mummy of popular fiction and horror films, where it has been unceremoniously transformed into a Monster. 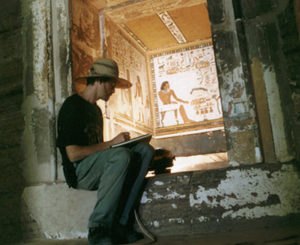 Sketching time was often minimal, 15 to 30 minutes, because the period allowed down in a tomb was limited.

Pen or pencil was used to quickly sketch a likeness, and then if time allowed, I would colour it with crayon or chalk. A coloured piece of paper often helped to speed this process up.

Afterwards, I would always tried to get the guard to sign my picture with the name of the Mummy. 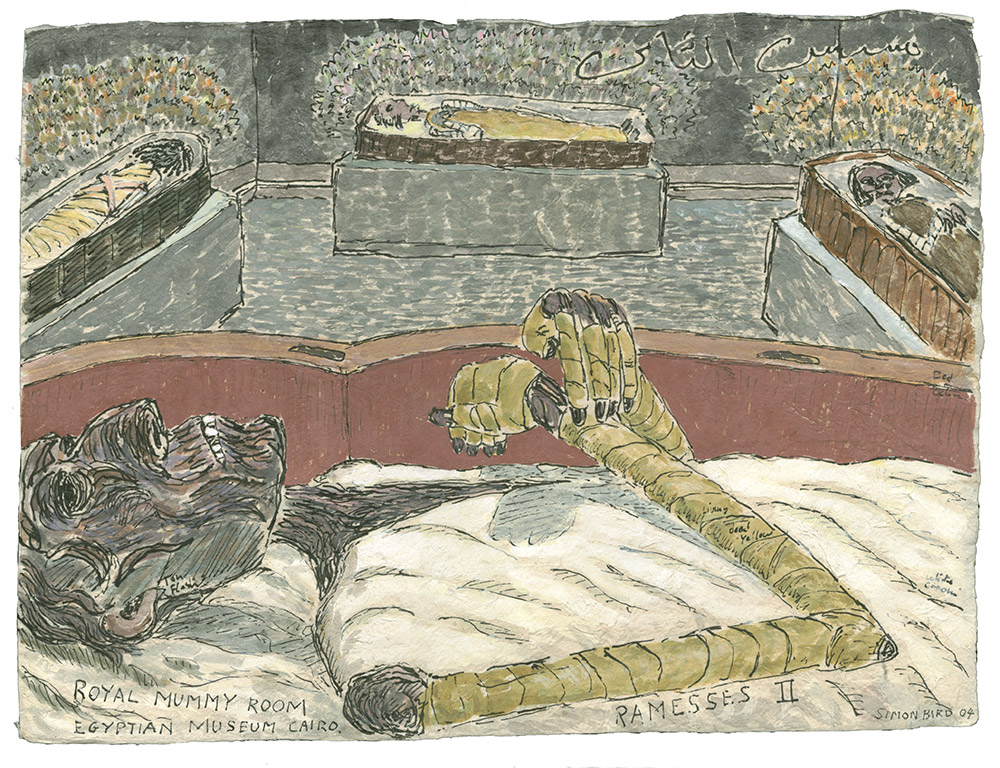 Some Egyptians say great Pharaohs like Ramesses II should not be on display for all to see, because he is not in the best condition, and is not wearing his finest clothes. So to place him in the public eye is disrespectful. 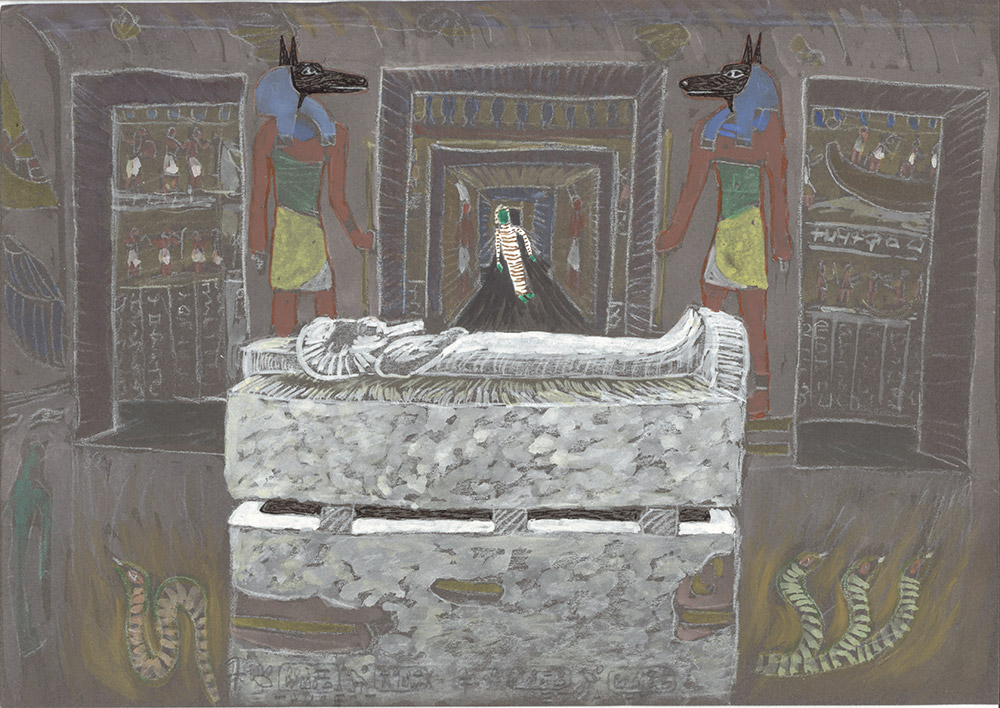 According to ancient Egyptian hieroglyphs, the Pharaoh Setnakhte was buried in the tomb of Queen Twosret. This is because one of the tomb diggers broke through into the Queens private tomb by accident, and they decided to just bury him there instead. Such was the crowded conditions of real-estate in the Valley of the Kings.

Setnakhte’s sarcophagus, however, was never actually discovered in Queen Twosret’s tomb. This has led archaeologists to believe that an unidentified Mummy found lying on a wooden boat in yet another tomb is that of Setnakhte.

Due to this bizarre story, I picture Setnakhte as a sleep walking Mummy, forever searching for his true resting place. 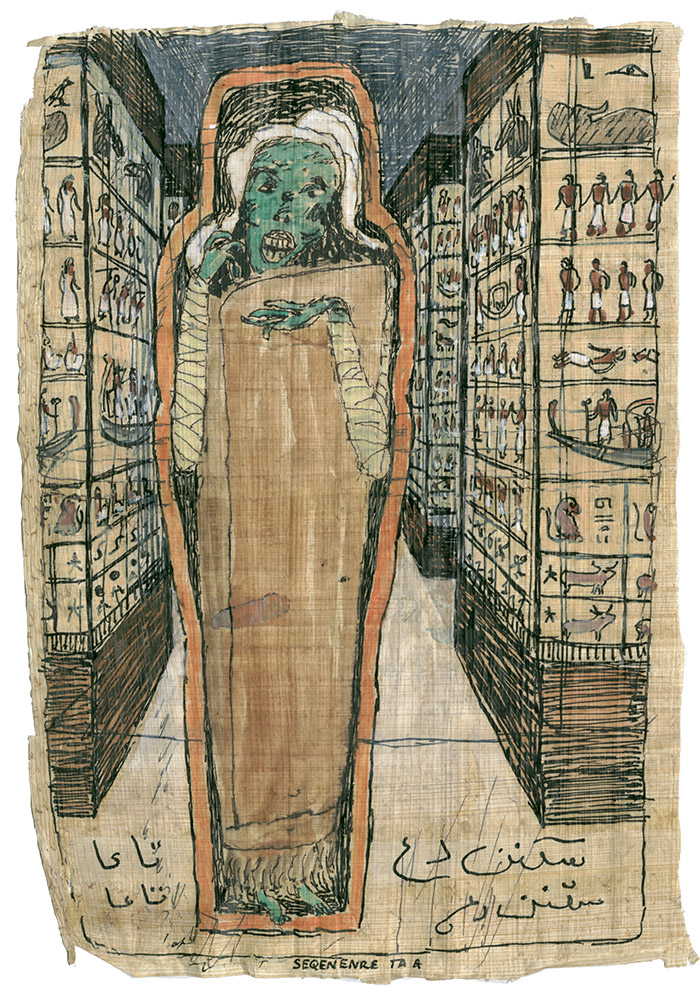 ‘Seqenenre ta a’ was the fourteenth king of the Theban Dynasty – very old indeed! 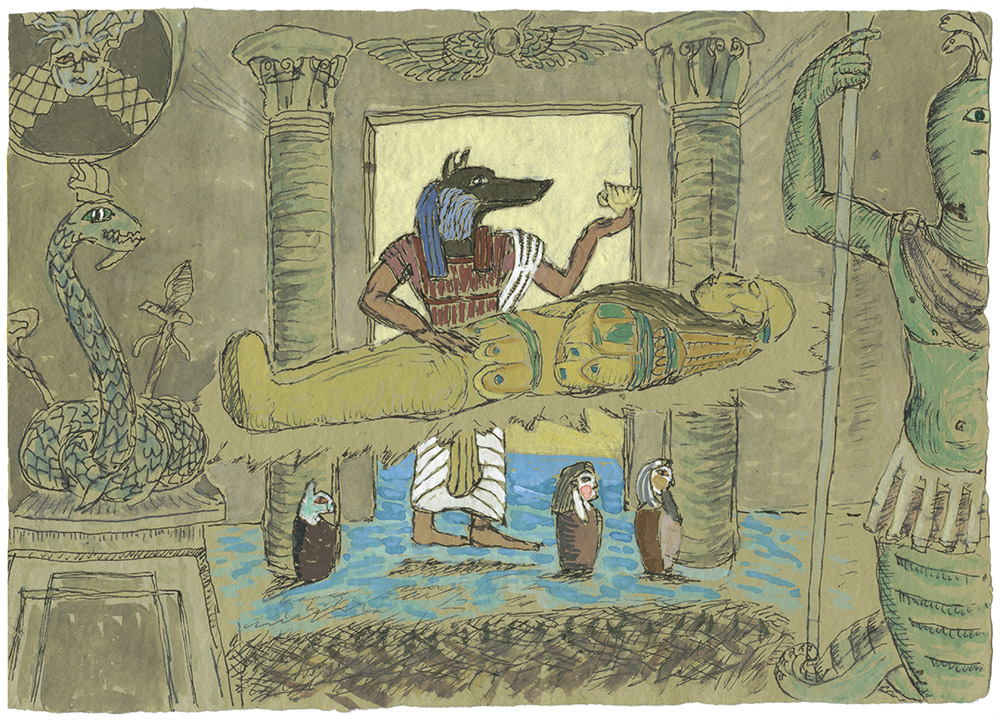 Anubis is dressed as a Roman Legionnaire; the sarcophagus is carved with Roman armour; the Egyptian crocodile God strikes a classical Greek pose, and the wings of Ra (the Egyptian God of eternal life) is above them all.

It seems these catacombs were a place where people had the talent for combining, rather than destroying cultures. 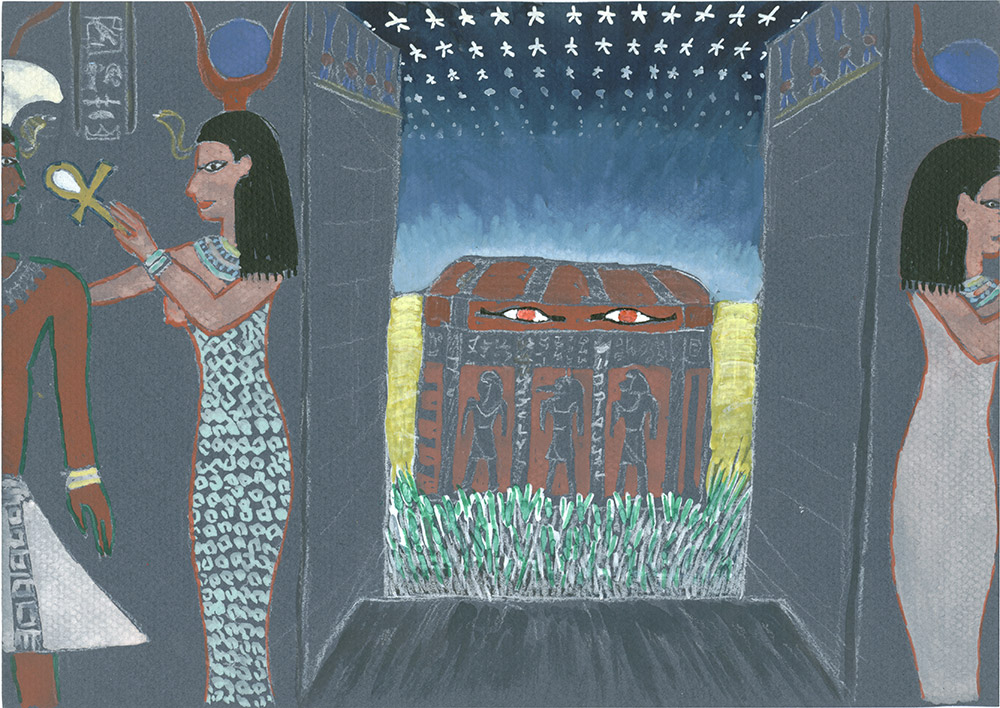 In the After Life, Valley of the kings.

On every Sarcophagus is a pair of eyes to keep a lookout while on the journey into the after-life.

“Right… Now I’m in the after-life, how do I get out the sarcophagus?”

Some Mummys almost looked as if they were about to wake up again!