I went to stay with a friend (Nigel) in Lesotho who was working with Skill-Share Africa. He had a comfortable apartment in the small settlement of Thaba Tseka in the centre of the highlands. I ended up staying for two months, because it was a bizarre place, and also because I had free accommodation. The locals wore hats and wrapped them selves in blankets – it was like Mexico in Africa! 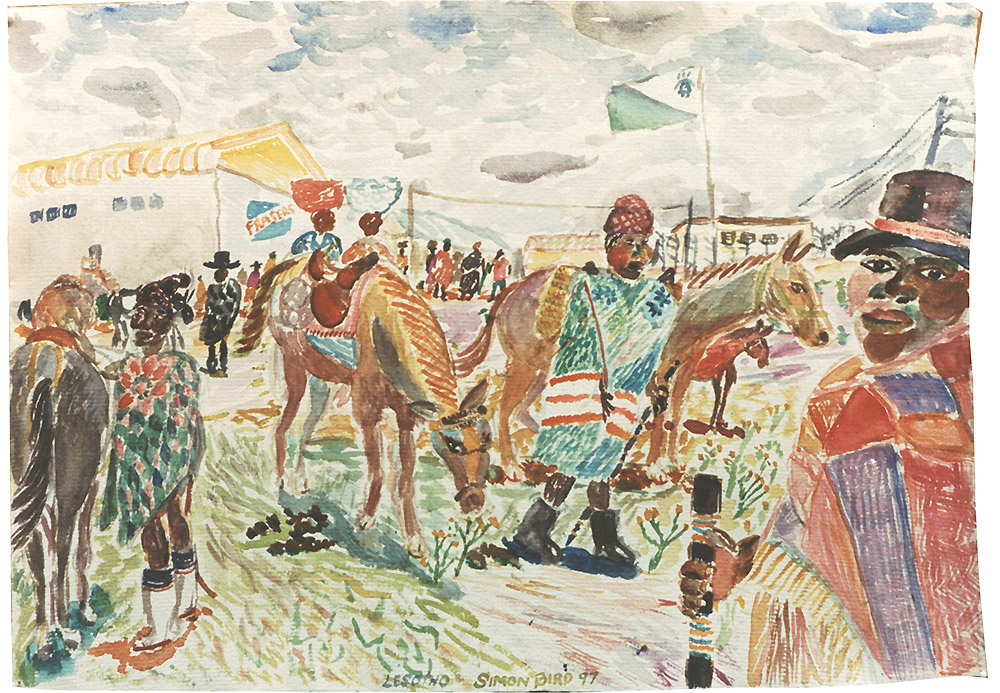 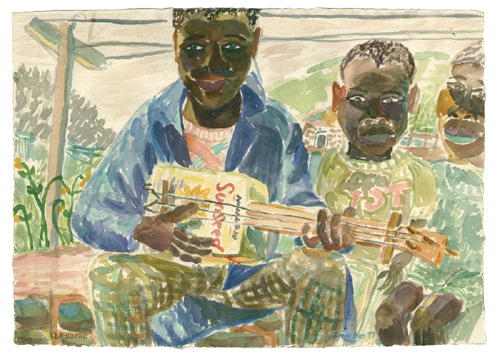 Home made guitar fashioned from an old ‘Sunseed Oil’ can, wood, and fishing wire. This music group helped at the school allotments nearby, they often gave a rendition of the latest songs they’d learned – all Elvis Presley! 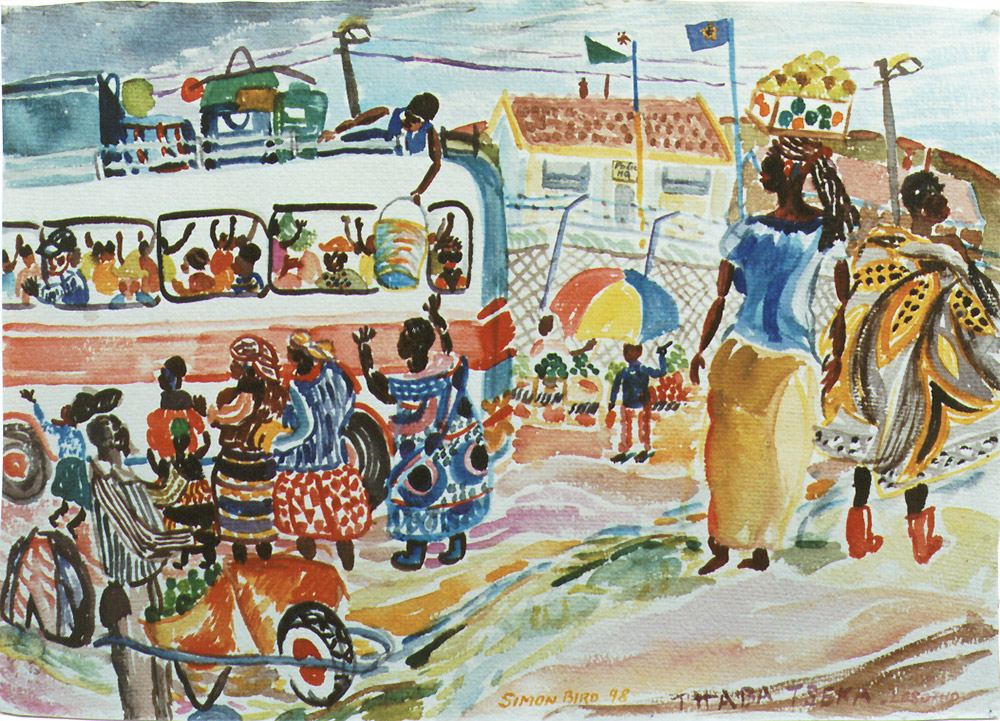 Luckily if you are late, which I often was, buses in Lesotho only leave when they are full. 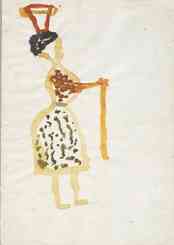 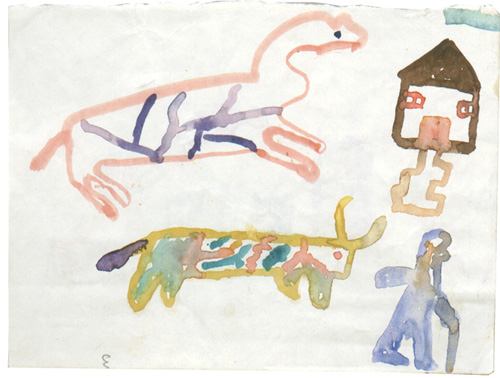 I made two trips to Mozambique, one to the remote north, where tourism is non-existent, and one to the central coastal region. 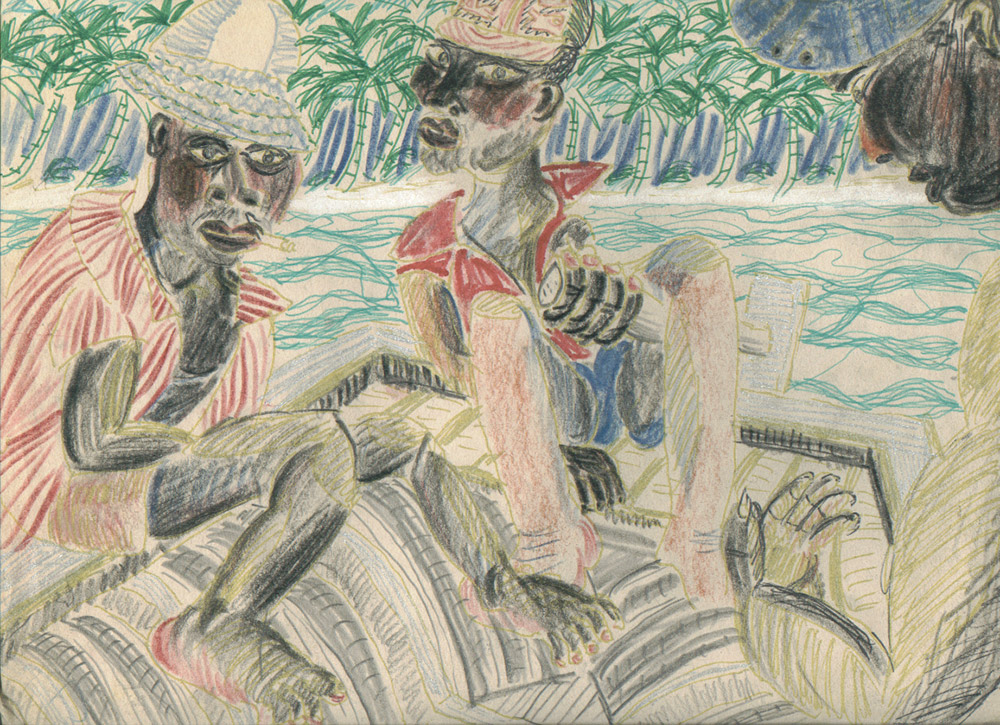 Boats of any standard are used for fishing, crew are generally jolly, even though their vessels often look quite diabolical! 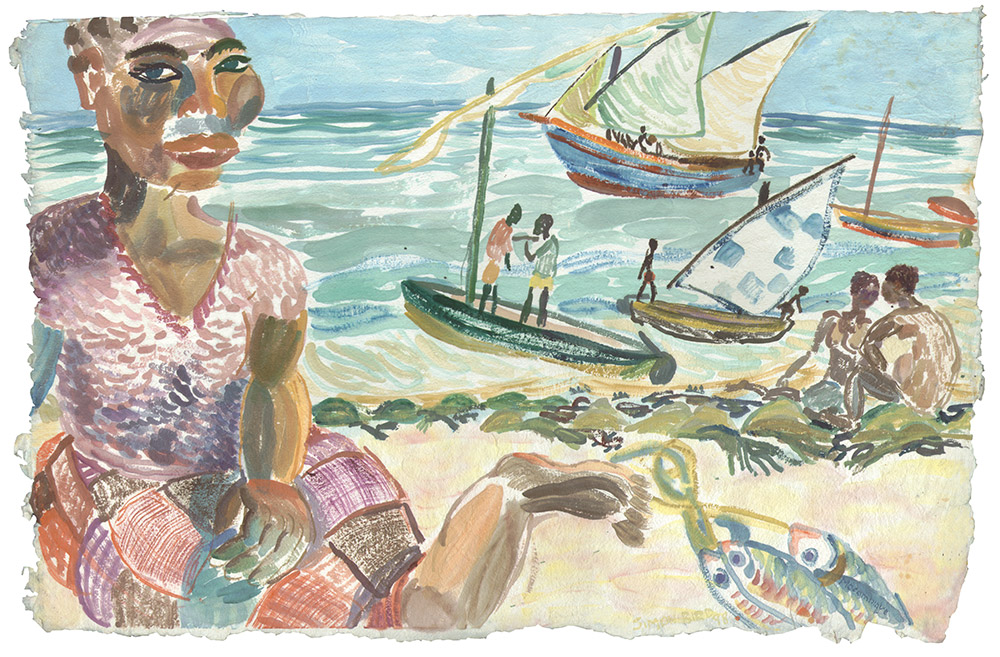 Her family apparently moved to the coast during the civil war, then decided to stay. Moving back inland would mean no more fresh fish and no ocean to cool off in. This is the case for many families – meaning the coastal regions are now often over-populated.

Waiting for the tide to reach them, so they can sail home to Ilhia de Margarute, 10km off shore. 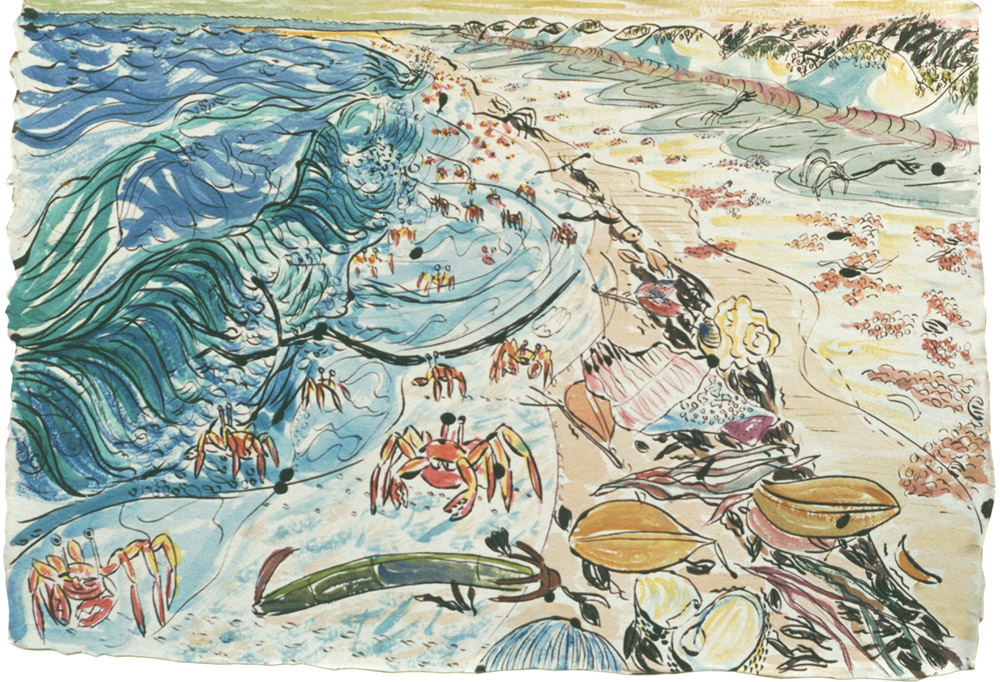 I was amazed by the activity along the shore line during the evening. Drawing this picture involved moving six times as the tide came in, but miraculously – not a single crab was brave enough to walk across my painting. 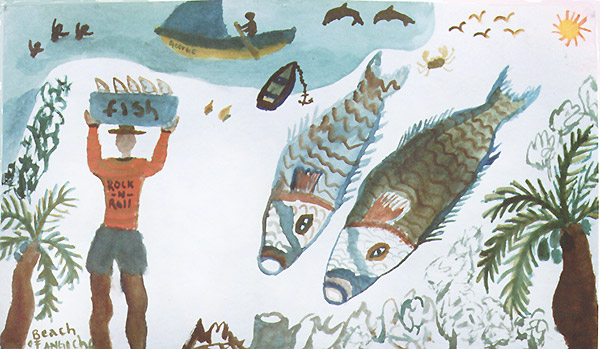 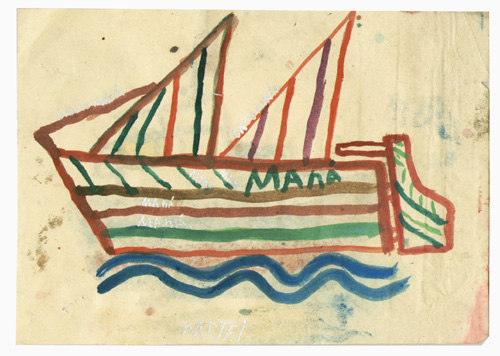 Alexander, a local from Angoche was an inspired 18 year old fisherman, and pictures himself proudly with his catch (left). The boat (right) is by one of the sailors from Villanculos, and was painted amazingly at sea!