A few members of the Ogiek community realise their traditional – but highly illegal – hunting practices have to change, and turn to an old folk tale for answers.

This is a 26 minute documentary that addresses the issues of illegal tribal hunting in the fragile eco-system of the Mau Forest in Kenya. A small group of Ogieks from Mariashoni community passionate about preserving the wildlife of their indigenous forest take a new innovative approach to environmental awareness. By developing an old folk tale about the Mau Forest Giant, they realise they can not only help to protect the wildlife, but also reconnect the Ogiek with their roots.

At present the film is being used by local organisations in Kenya including: NECOFA, Kenya Wildlife Services KWS (in Nakuru and Narok Districts), Mariashoni community, Terra Madre Tours and Ogiek Eco-lodges.

This film is free for educational purposes, please share/embed from You Tube or Facebook.

Thank you to the organisations that have made this film possible: 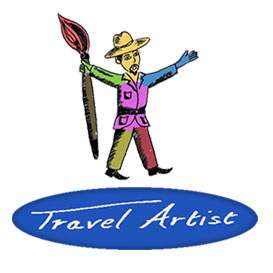 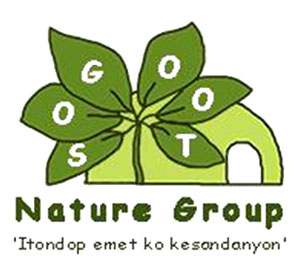 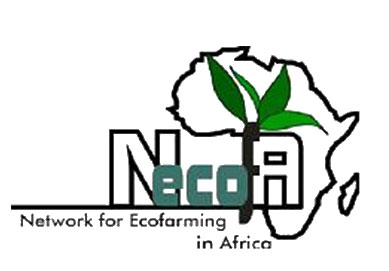 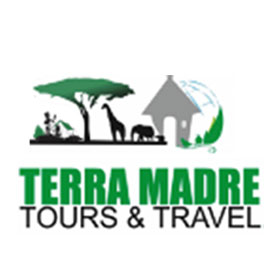 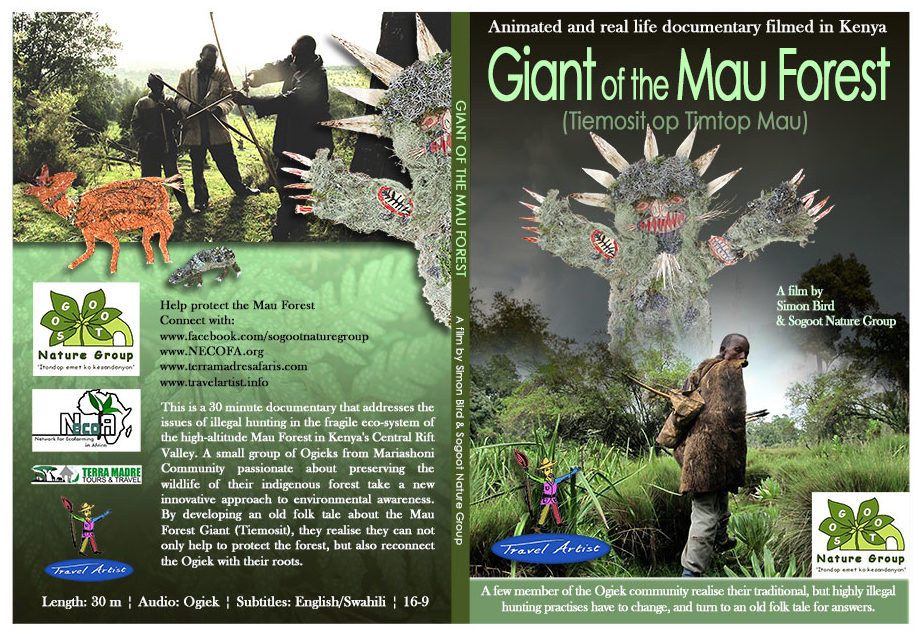 About the film making

When I arrived to Molo on the edge of Kenya’s Central Rift Valley, I was instantly drawn to the inaccessible high-altitude Mau Forest that loomed over us. It seemed to be a forgotten unprotected part of Kenya, outside the jurisdiction of National Parks and not traversed by any roads. In recent years the forest has shrunk dramatically and it is said much of the wildlife has already been lost.

I connected myself to a local environmental group, Sogoot Nature Group, and they told me that the main problem was not just the outsiders coming to cut the forest and hunt for bush meat, but also the Ogiek themselves. So, we set about making a film to tackle the sensitive issue of illegal tribal hunting, with the aim of turning the hunters into environmental protectors.

Although some of the group’s members were still actively hunting, the majority were open to the idea of change, but were not sure how to go about it. The film, therefore, had to create a positive message, and also had to be careful not show recognisable faces next to killed wildlife, to avoid those individuals getting prosecuted.

As an artist that draws inspiration from cultural stories and traditions, I suggested we delve into the rich history of the Ogiek to see what inspires us. It quickly became apparent, however, that none of their traditional stories were directly about saving the wildlife, so we were going to have to adapt one of the folk tales to fit our needs.

Adapting an old folk tale that will be accepted by a new generation of Ogiek, however, is not an easy task. It had to be somehow trendy and cute, and not embarrassing to speak about. Slowly, thanks to the elders of Sogoot Nature Group and a few enthusiastic younger members, an inspiring storyboard began to take shape.

We chose to shoot film within the community to help people connect with the story, and to go on a few real-life hunting trip to show that even the hardcore Ogiek hunters can turn over a new leaf.

The idea of adapting an old folk tale for environmental awareness is an innovative method of development I think, and one that could be replicated elsewhere in Africa.

The Ogiek were a part of the Nilotic group that moved south from Sudan and Ethiopia roughly 1000 years ago. They are the original settlers of the Mau Forest, and old songs passed down through generations tell of their long arduous journey looking for a new homeland.

Due to the inaccessibility of the high-altitude Mau Forest, which rises to just over 3000 metres, it wasn’t until the British arrived that the Ogiek really had to contend with outsiders. But the British had no trouble in pushing the Ogiek aside and quickly began clearing the forest to make way for tea plantations and crops. When Kenya gained independence other tribes also moved into the region and continued the destruction.

For the last twenty years the Ogiek have fought a legal battle for land-rights against the Kenyan Government, and have now secured a shared control of the remaining Mau Forest. This, however, hasn’t ended illegal poaching or the traditional hunting practices of the Ogiek. Some say it is their traditional right to hunt for bush meat, but environmentalists and Kenya Wildlife Service warn that the Ogiek will soon find that there will be no animals left if they continue as they are.

Something has to change!

There are few places in East Africa, or the world, where large animals still roam free outside the protection of Nation Parks. The high-altitude Mau Forest is one of them, rarely visited by tourists and only loosely guarded by the government. Because of this, the region has become a haven for illegal poaching and hunting.

Kenya Forest Service and Kenya Wildlife Service are both trying to work with the Ogiek to help preserve the fragile eco-system of the Mau Forest, but many hunters, including the Ogiek, are refusing to change.

The team creating the Mau Forest Giant (Tiemosit, as he is known in the local Ogiek language). 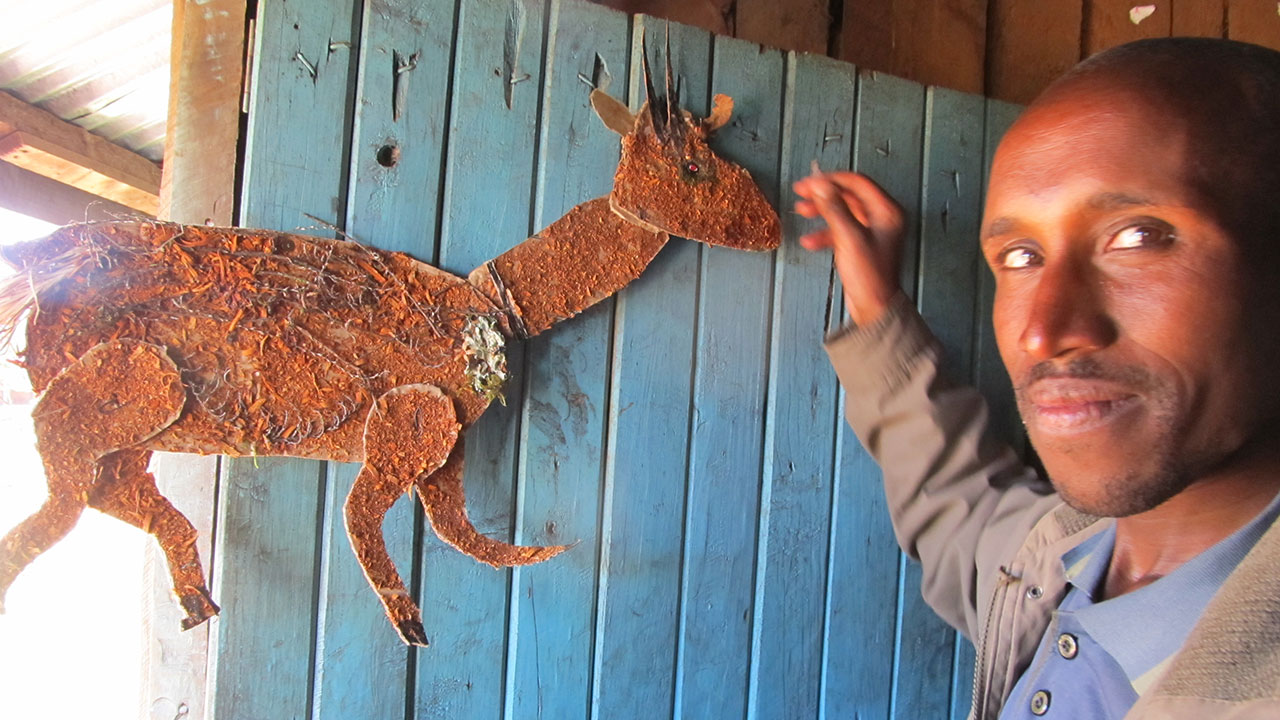 Beutan aligning the bushbuck to enter the Ogiek teahouse! 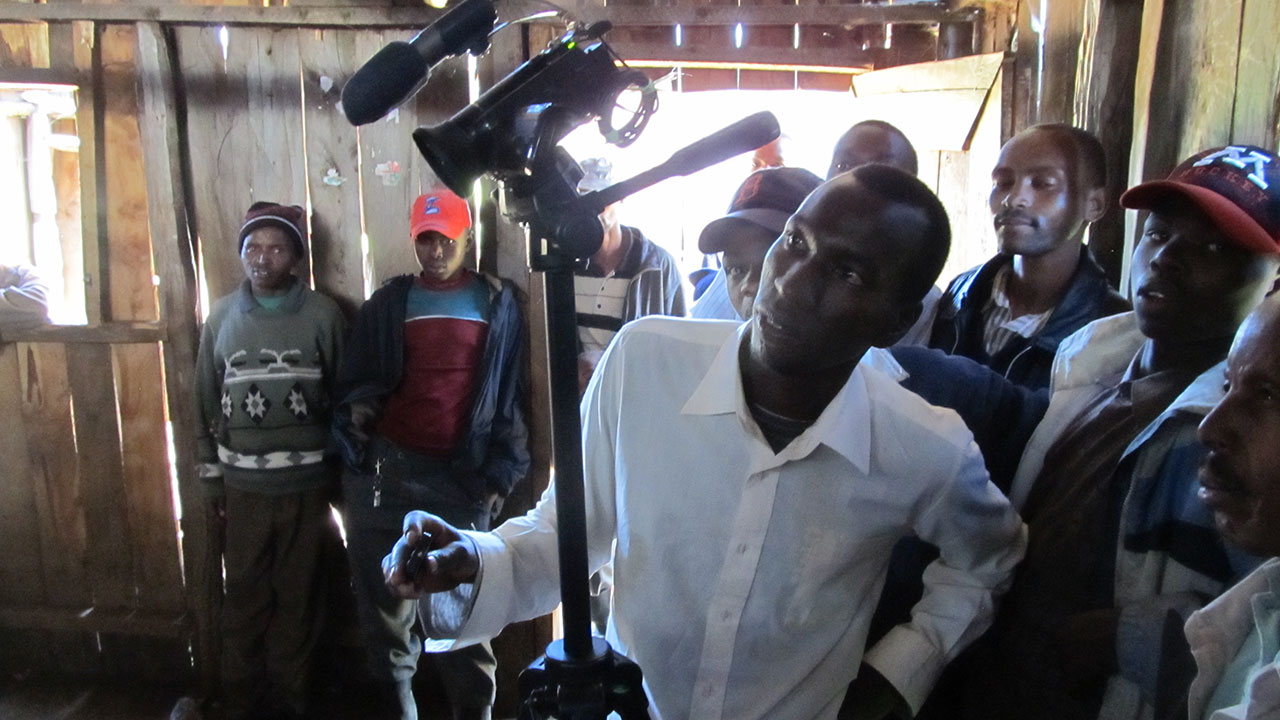 Rono a local journalist getting a taste for camera operation. 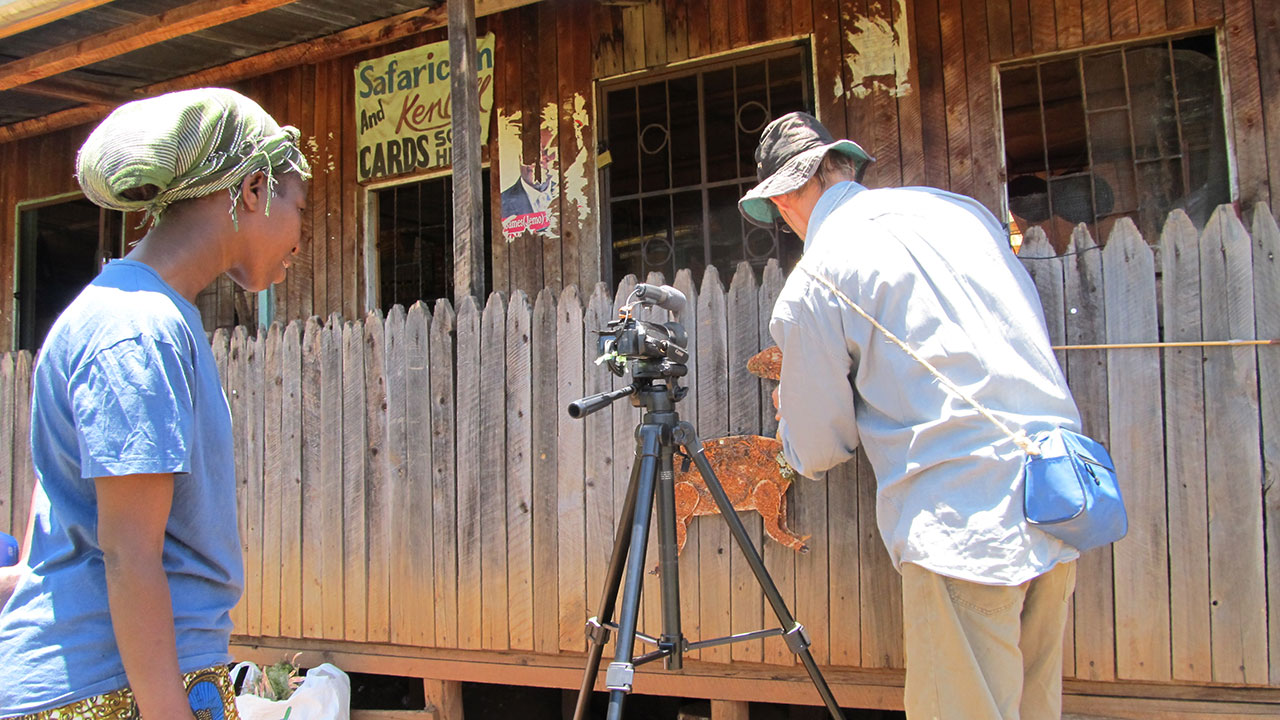 Me helping with the animation of the bushbuck chase sequence. 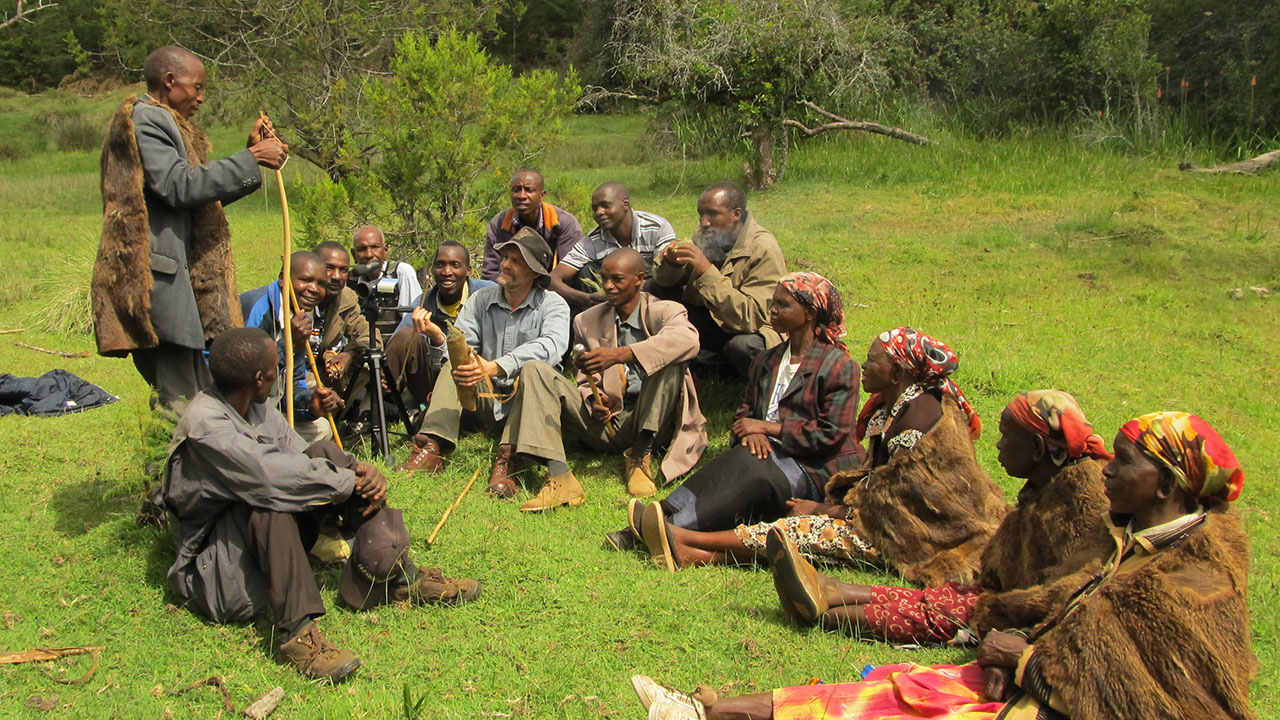 Me with the Sogoot Nature Group film crew.

Stills from the film 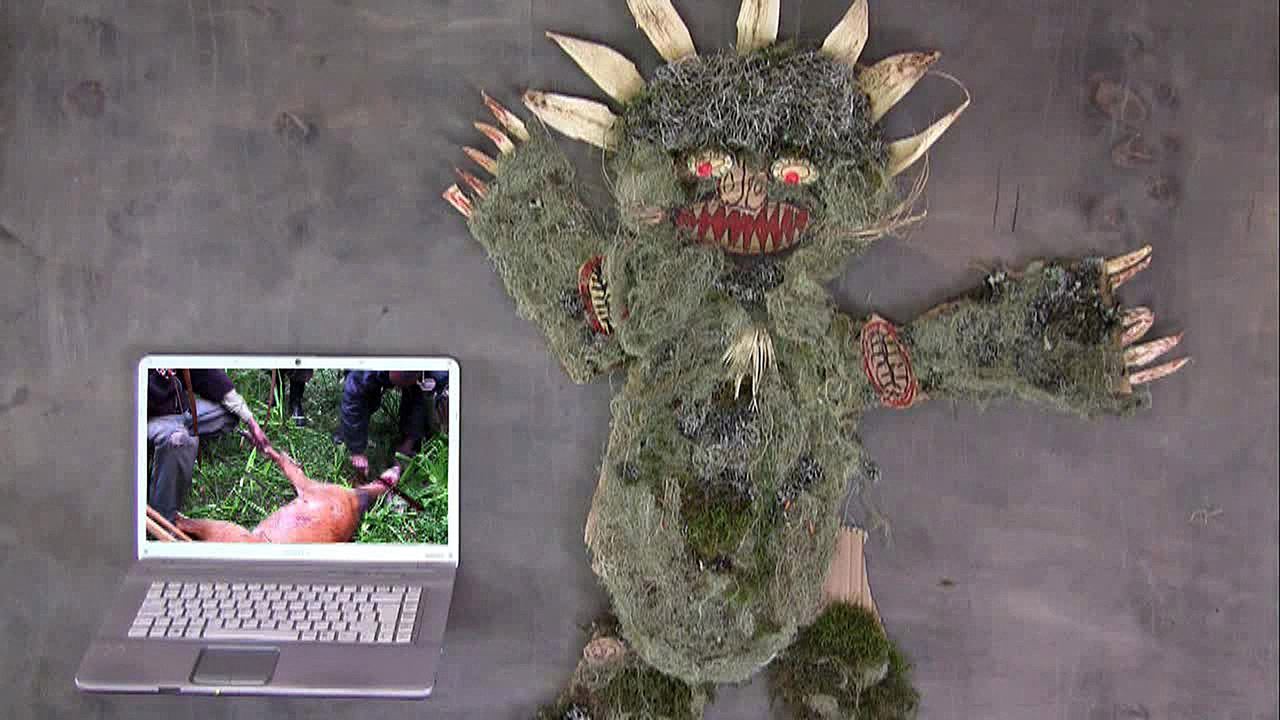 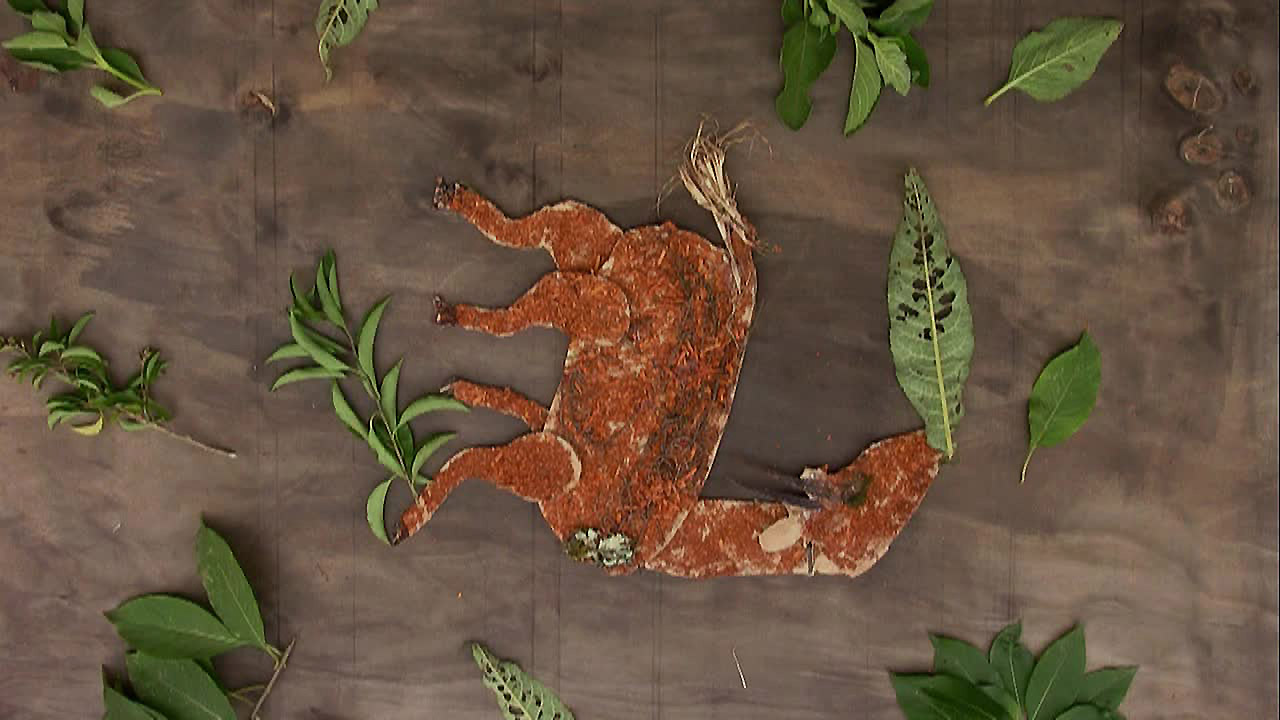 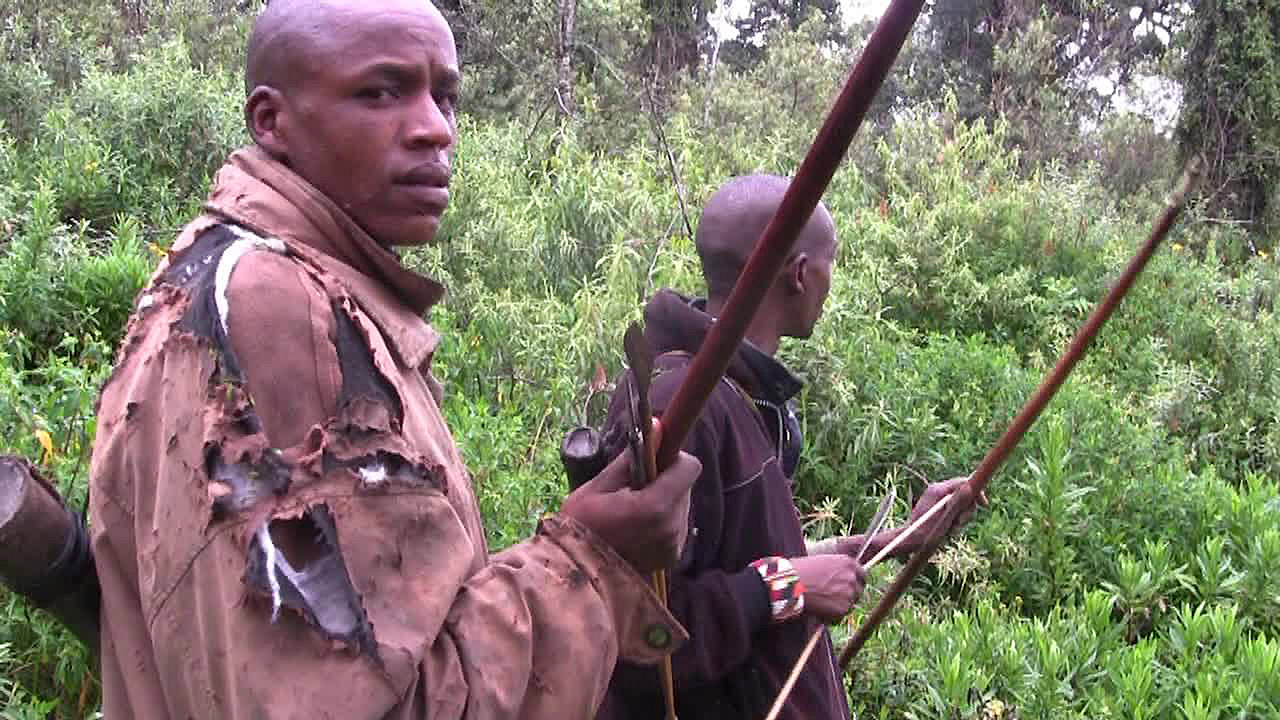 Hunters scout for a kill… 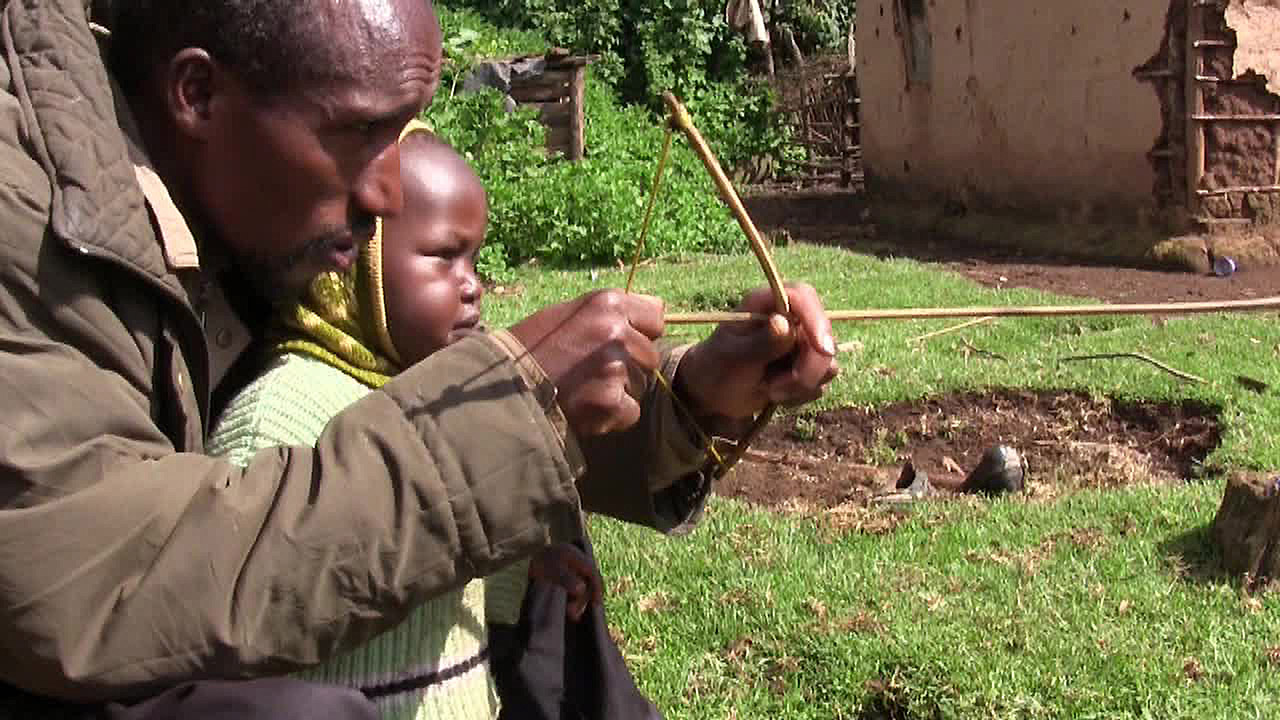 Beutan teaches his children to shot an arrow… 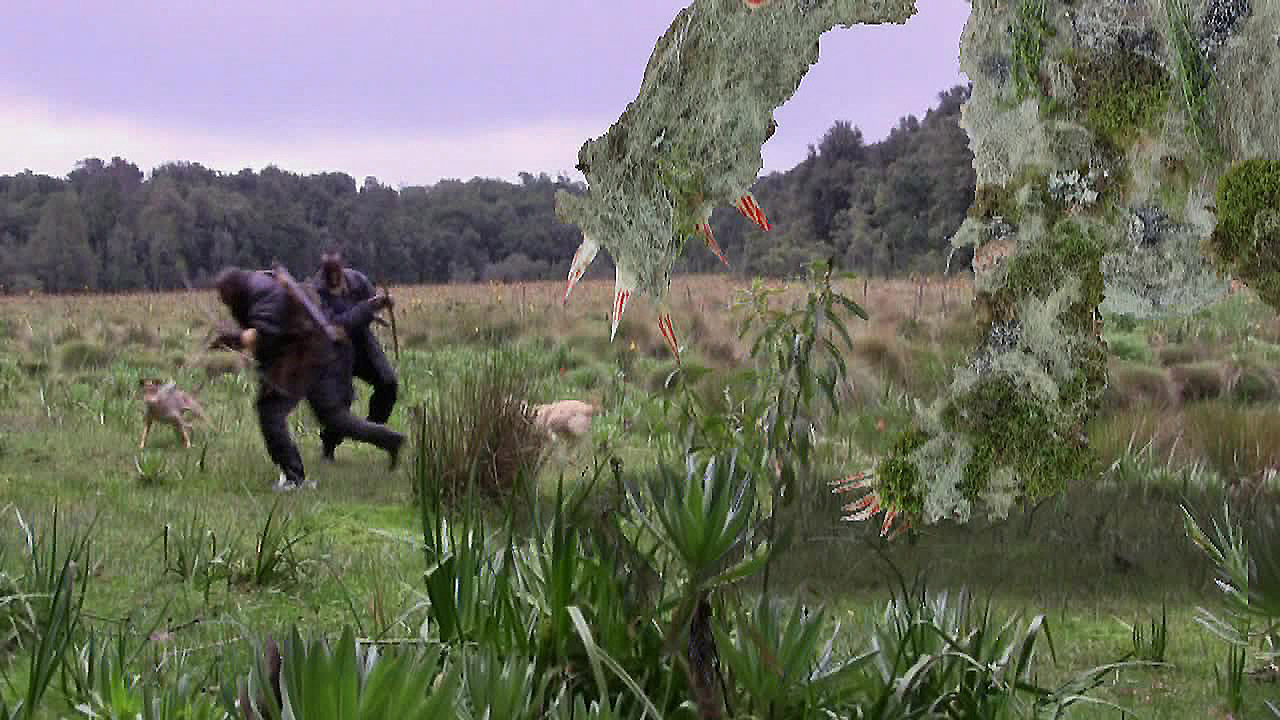 The Mau Forest is no longer safe for hunters… 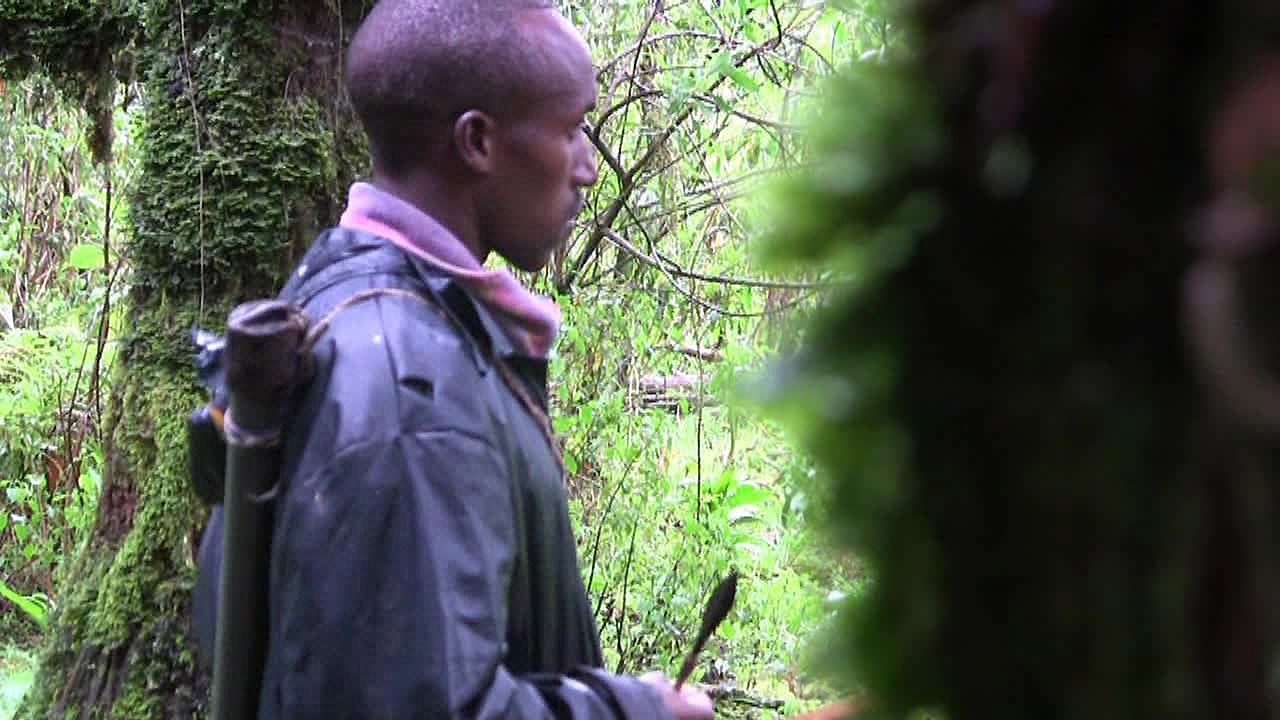 Silence before the kill…