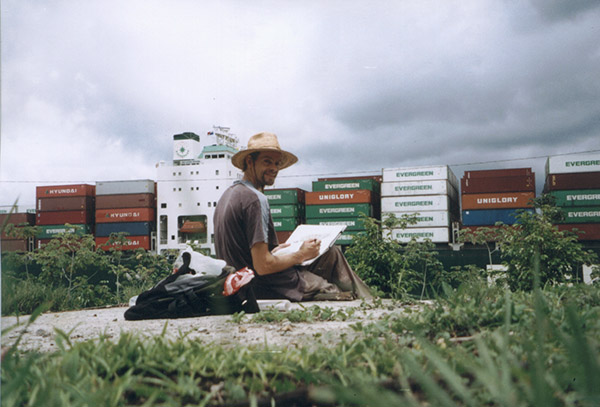 On a trip to Central America I spent a whole week watching tankers passing through the Panama Canal. A year later, I was luck enough to be in Egypt, so I snatched a couple of days in Port Said, to witness the Suez Canal as well!

Due to the Panama Canal having a lot of heavy security along its length, the best views are at a few designated viewing places, like Mira Flores Locks. Tourists arrive by the coach load, but rarely stay longer than an hour, because the view gets a bit repetitive – one big tanker after another. 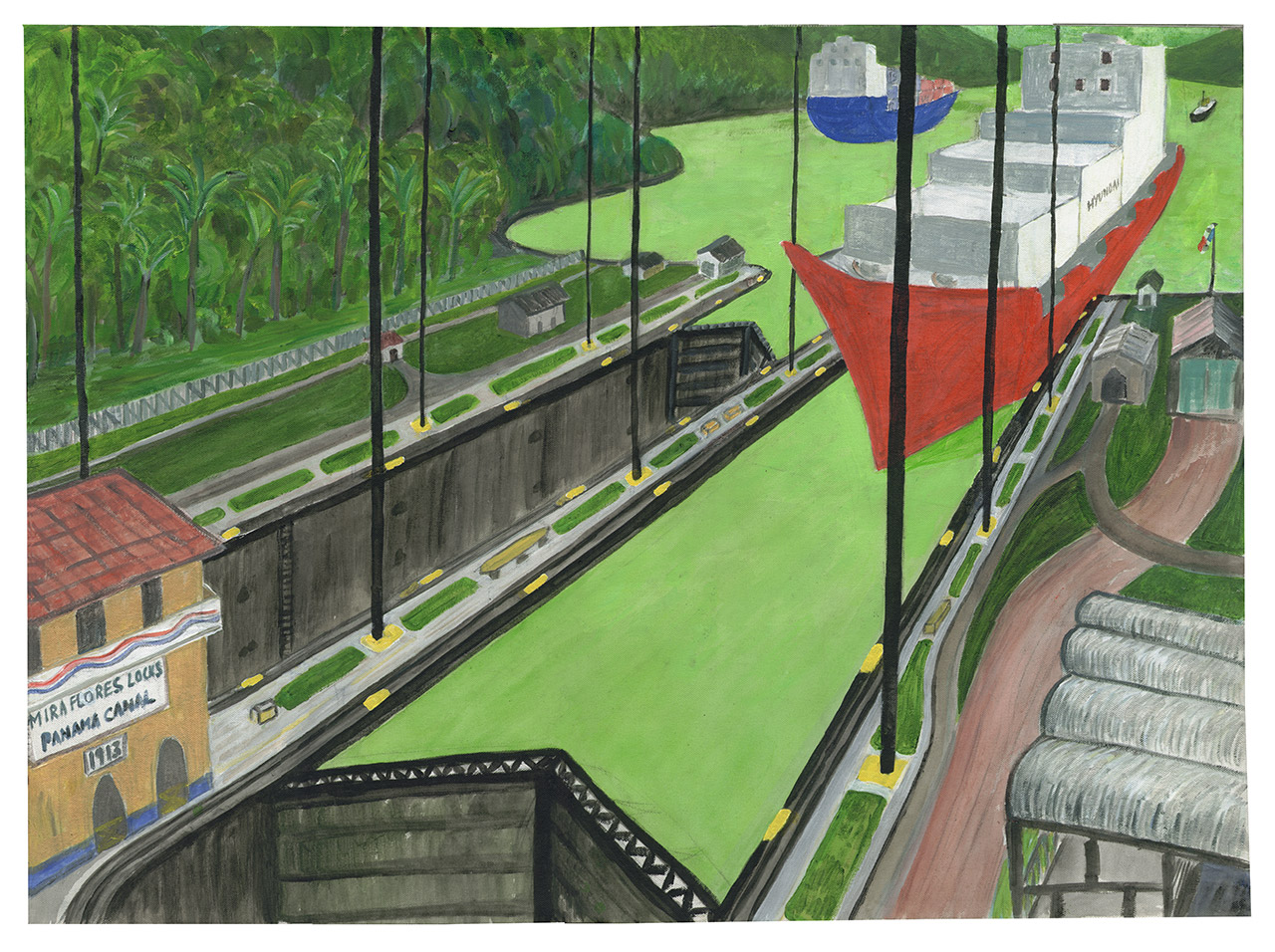 I was most impressed by the ease with which the locks raised or dropped tankers weighing thousands of tons. This is the reason why I focused on the colour of the water, to give it special importance.

It cost this tanker $170 thousand dollars for passage through the canal, and still it was apparently going to make a saving. She is of Panamex design, which means, it was especially built to pass through the Panama Canal, with barely a foot to spare on either side. 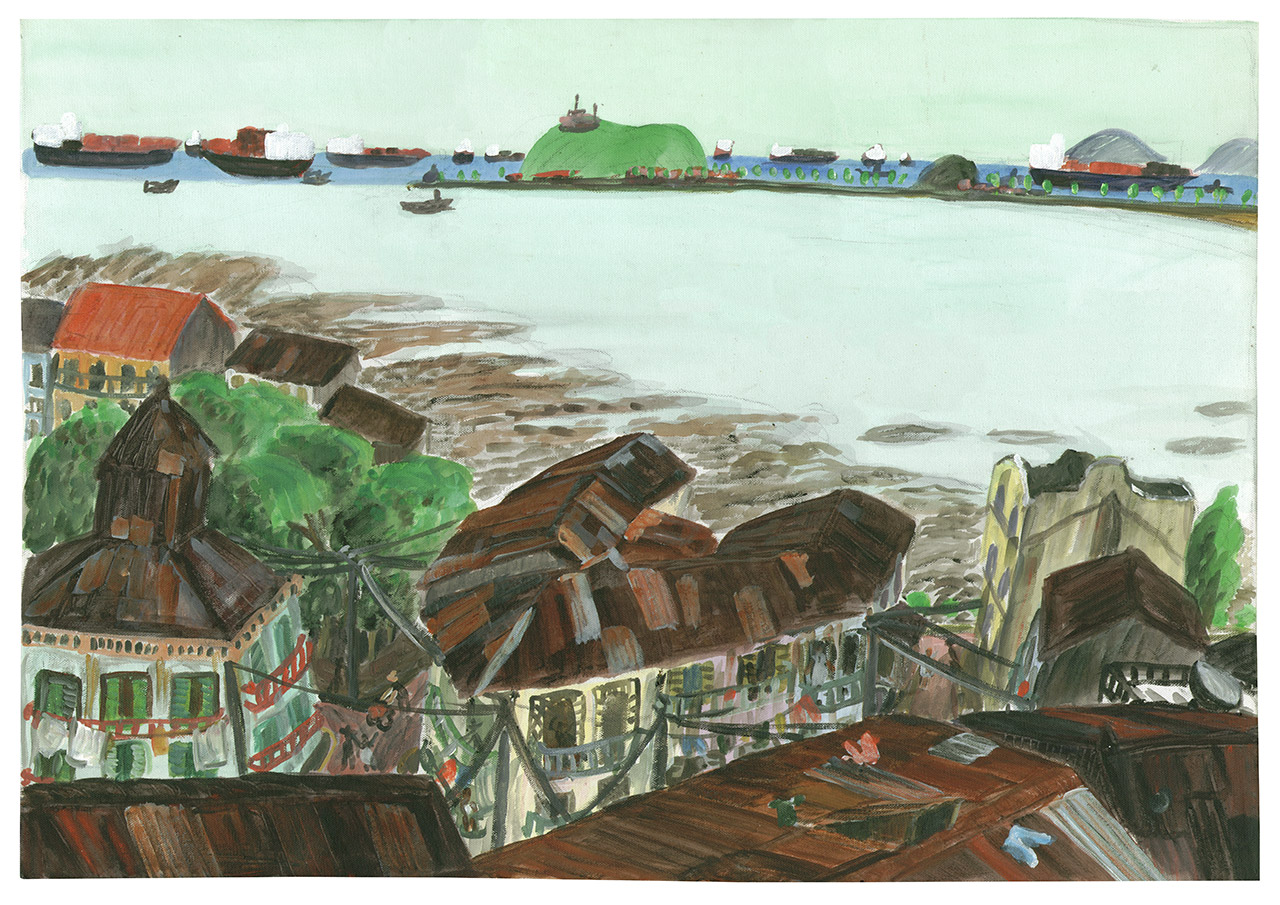 Beneath the hotel is the once upmarket area of town, which now is badly run down. In the distance ships can be seen entering and leaving the canal in a never ending stream of bright polished tankers – like toy ships you use to play with in the bath!

As of 2004 the United States have handed full running and economic control of the canal back to the Government of Panama. Many people, however, say that the huge revenue generated by the canal, is not being spent on developing the country as a whole, and it is little better than when the Americans ran it. 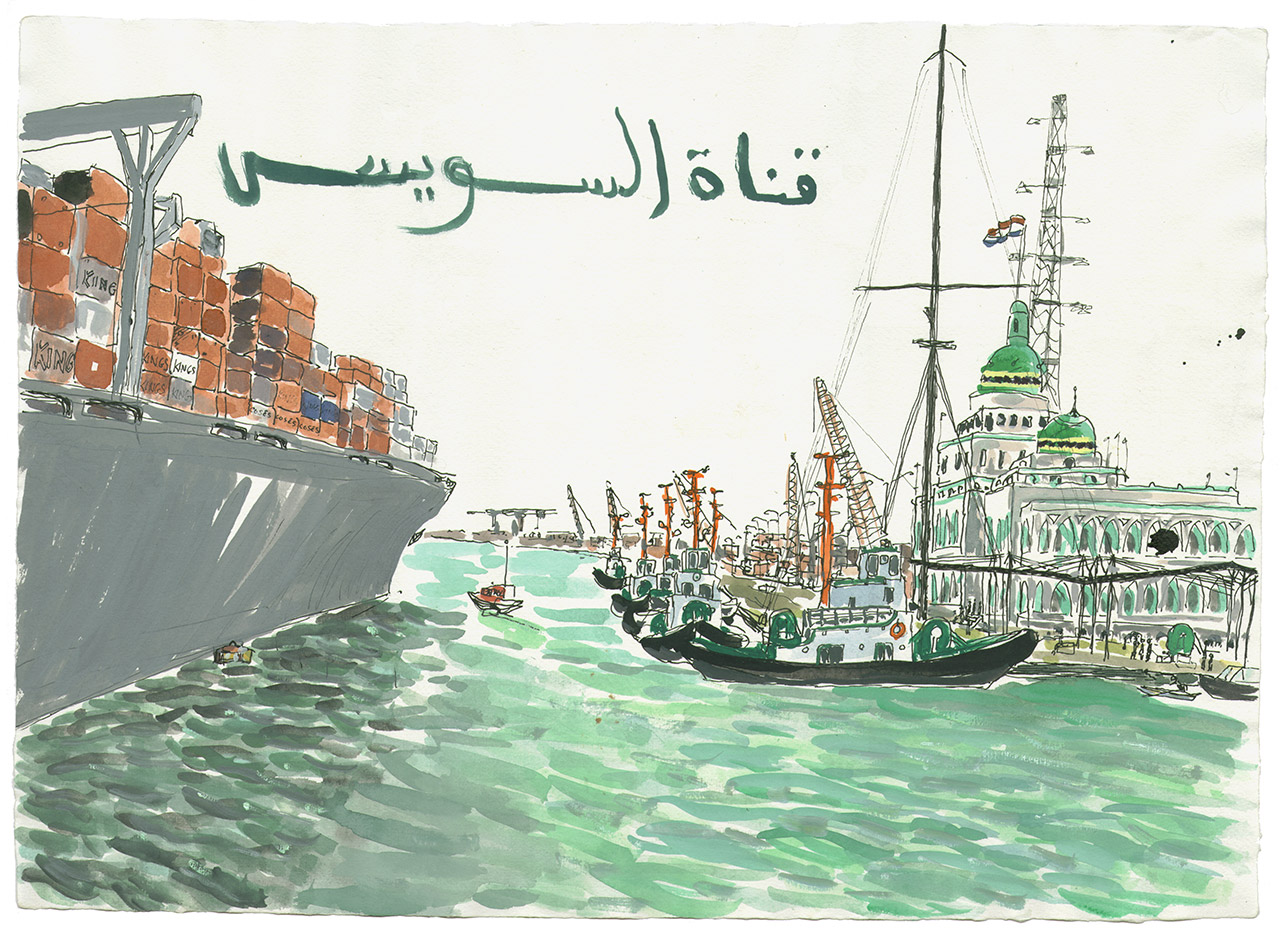 I spent the first two hours waiting for a ship to come along, so I started to paint in the background. Then several tankers turned up at once, and I didn’t have enough room left on the paper to even fit one in!