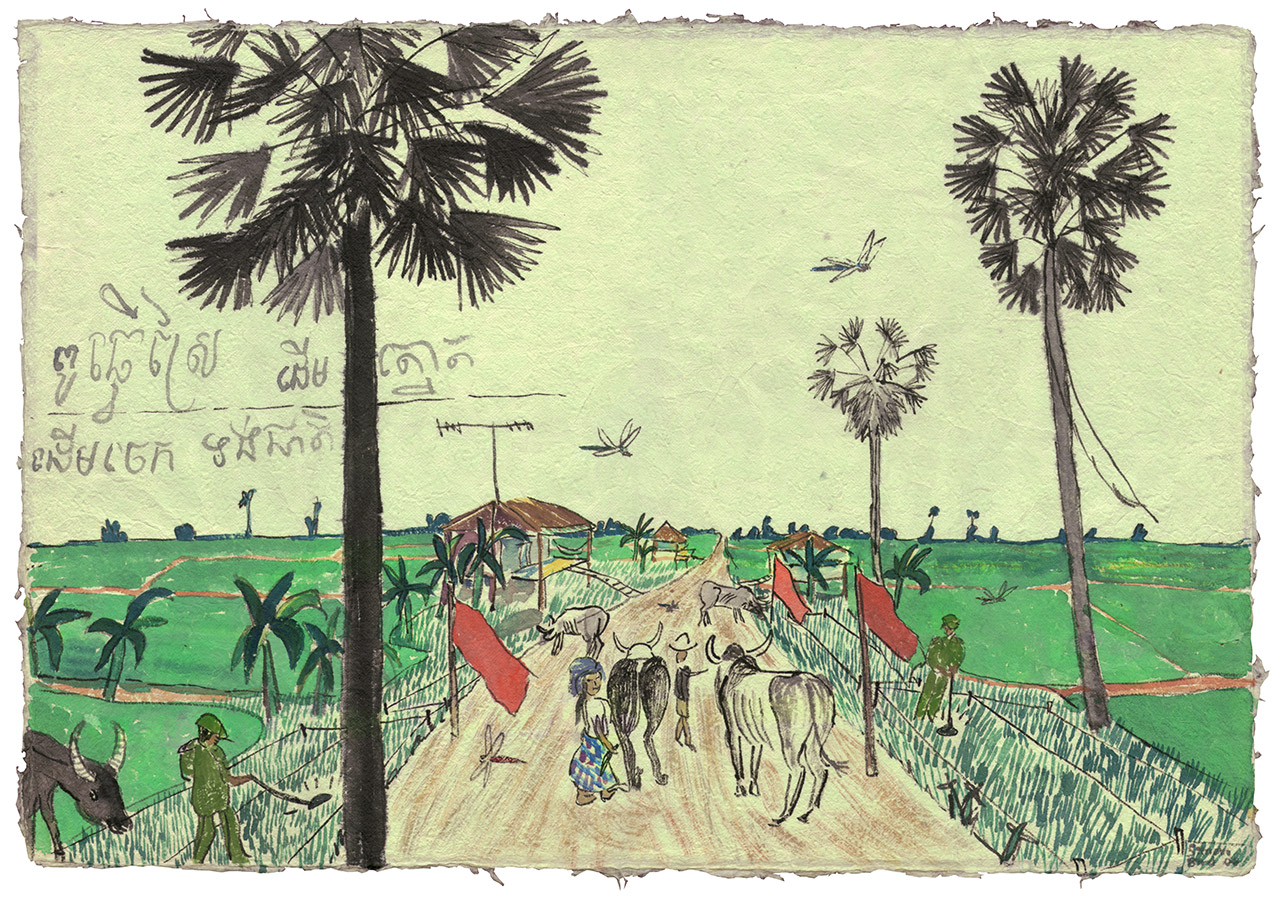 Sketched from the back of a truck and finished off later. The picture shows landmines being cleared by the Cambodian army. It is not until now that they are being properly removed. Some date back twenty-five years. 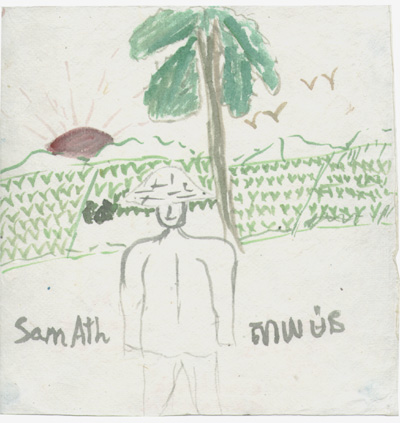 Picture of me by a local woman. 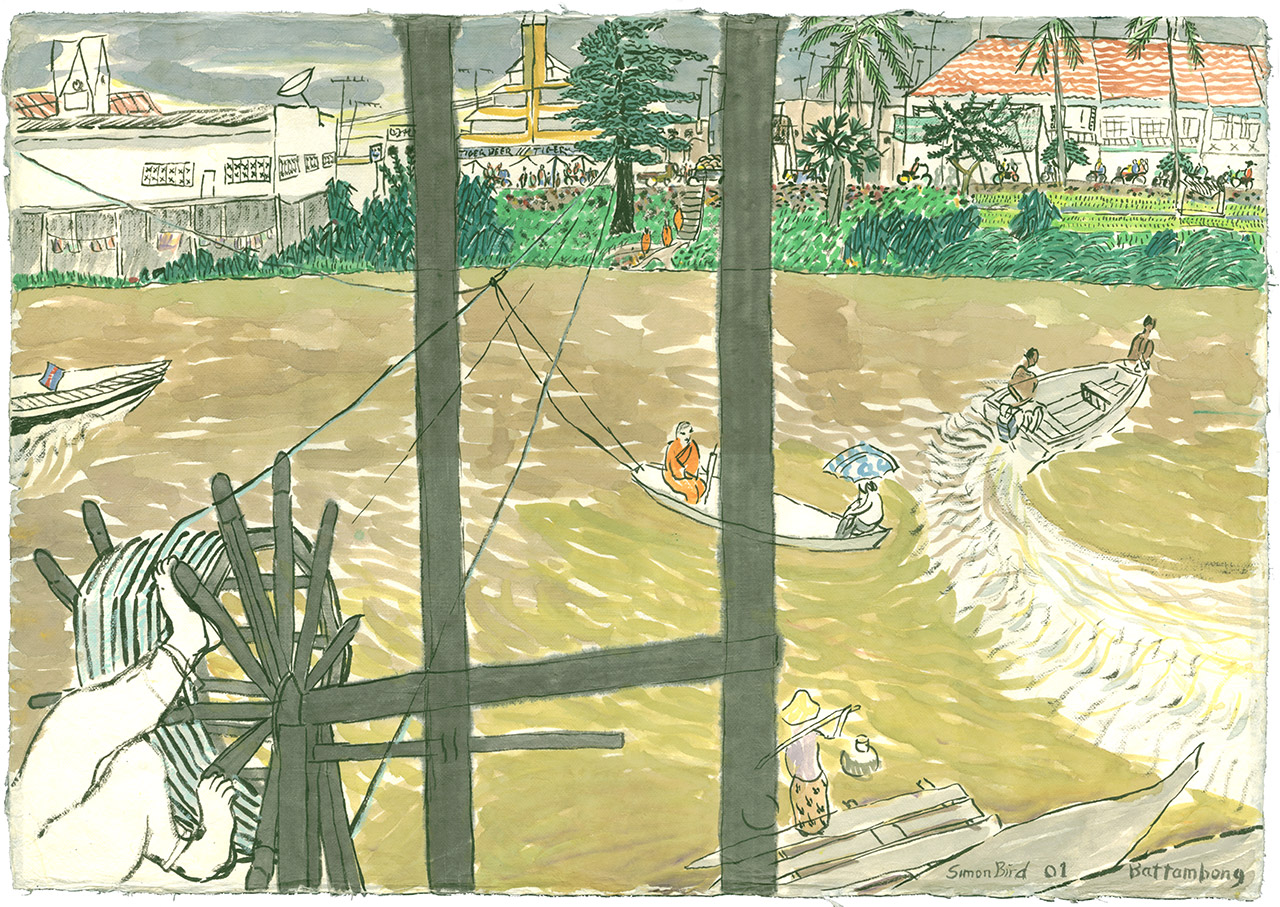 The traditional method of crossing the river is still favoured by local monks, despite the other annoying river traffic. 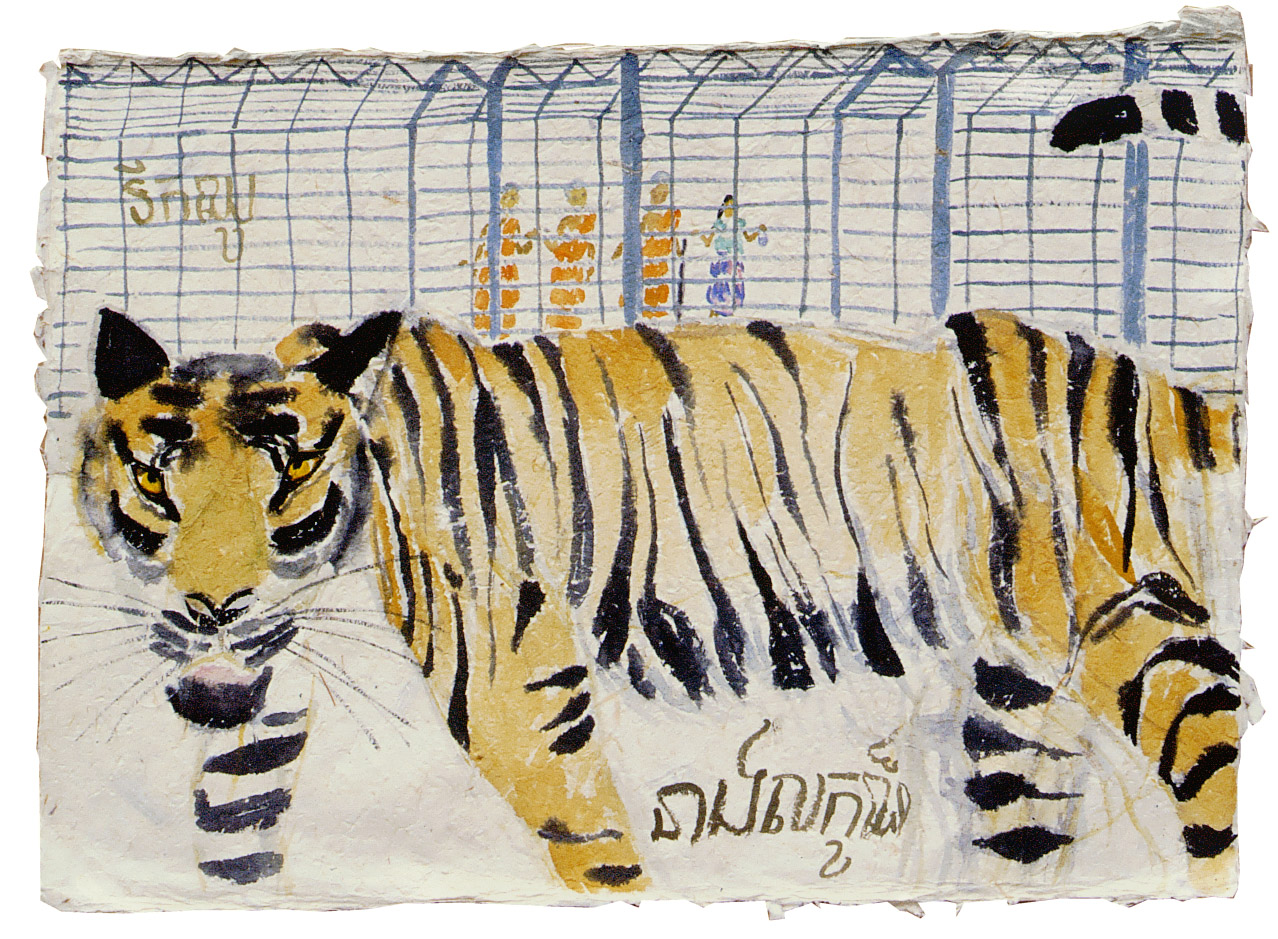 This tigress was captured in north west Mondol Kiri province three years before. Monks come to see the tiger because it is the most revered animal in Cambodia, and would never kill a monk meditating – no mater how hungry it was! 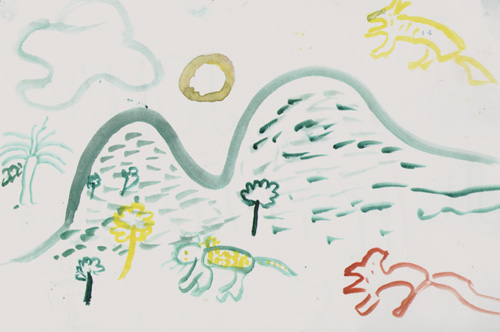 A picture of tigers in the wild by a monk at the zoo. 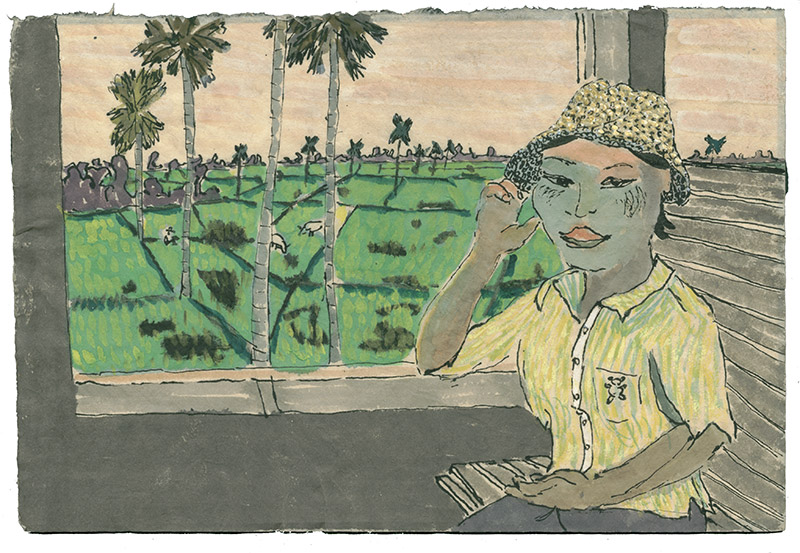 Relaxing on the slow train down to the coast. Lots of time to sketch. This one is of a local girl going to visit her grandmother to collect pocket money. 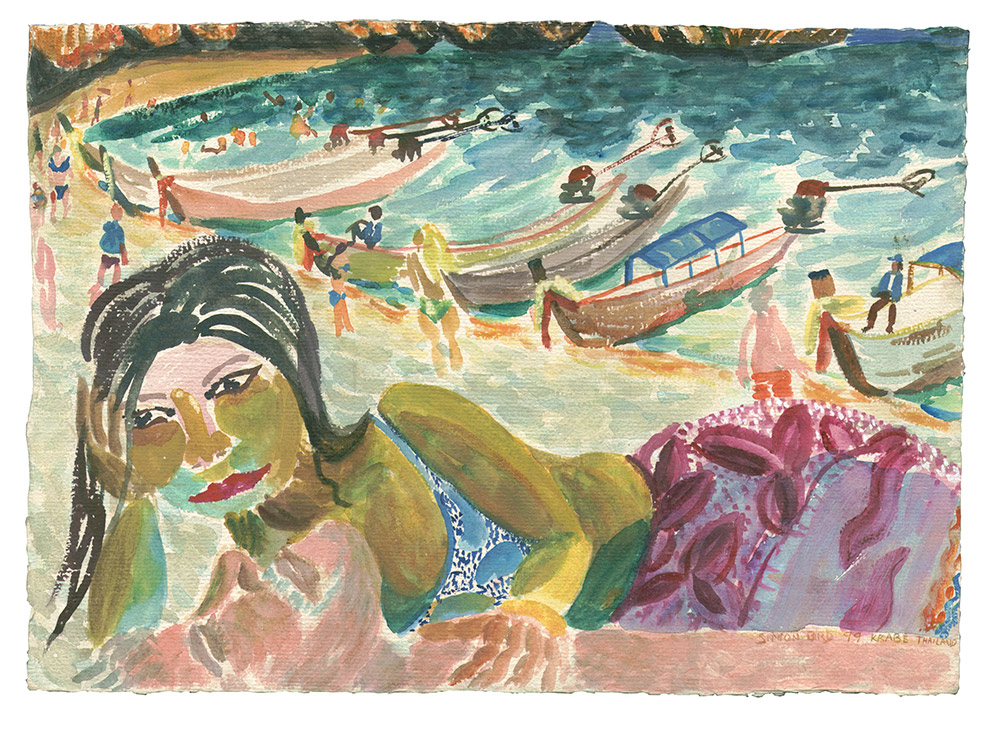 Thai girls relaxing on the beach with white tourists are a common sight – but this man looked surprisingly like me! 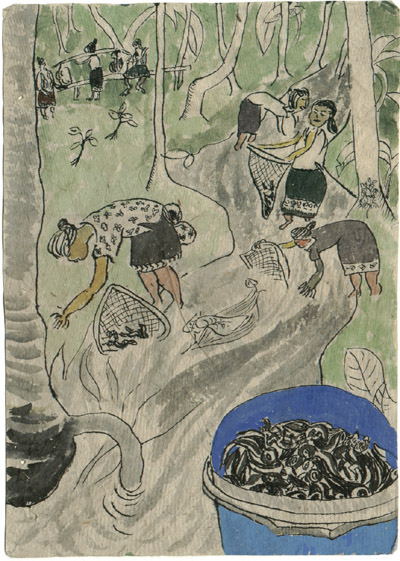 I ate plenty of these slimy specialities when walking in the hills. Villagers mashed them up into pâté to be eaten with sticky rice – nothing to shout home about though.

Laos usually succeeds in being the last country in Southeast Asia to adopt new laws on wildlife protection. 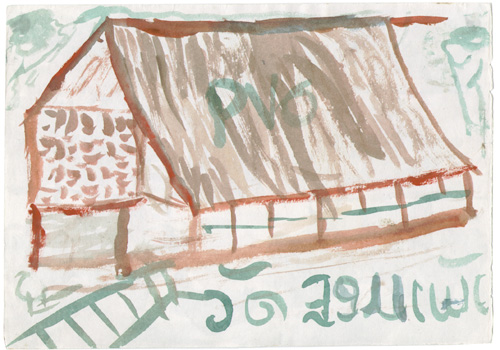 The chief’s house by the chiefs son. 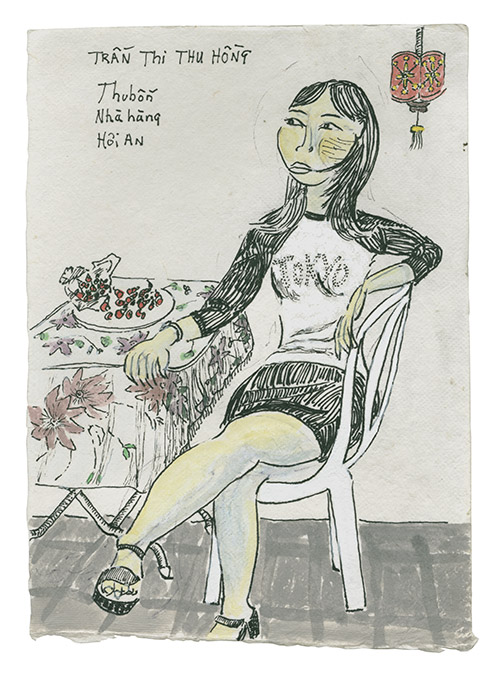 Waitress, Hoi-An, Vietnam.
Vietnamese are more westernised than their Lao counterparts and generally carry themselves with confidence. 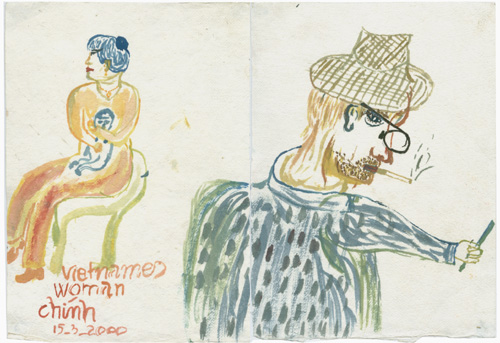 A sketch of me sketching by a local cafe owner (he added the cigarette). 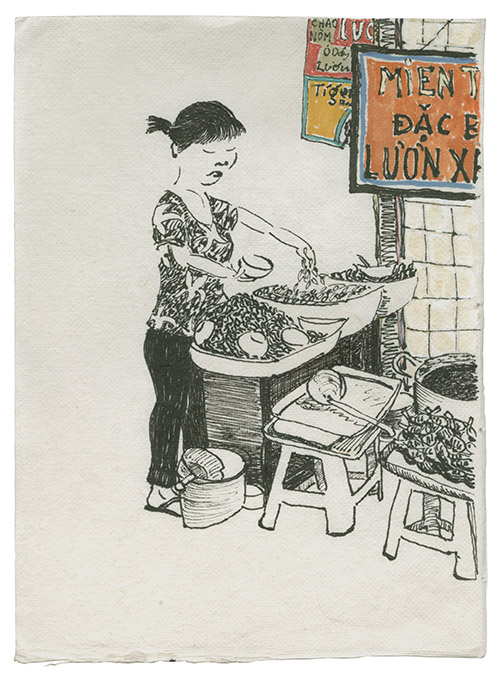 Cooking up my second helping of noodles in chicken broth with lumps of jellied water buffalo blood – it was surprisingly good! 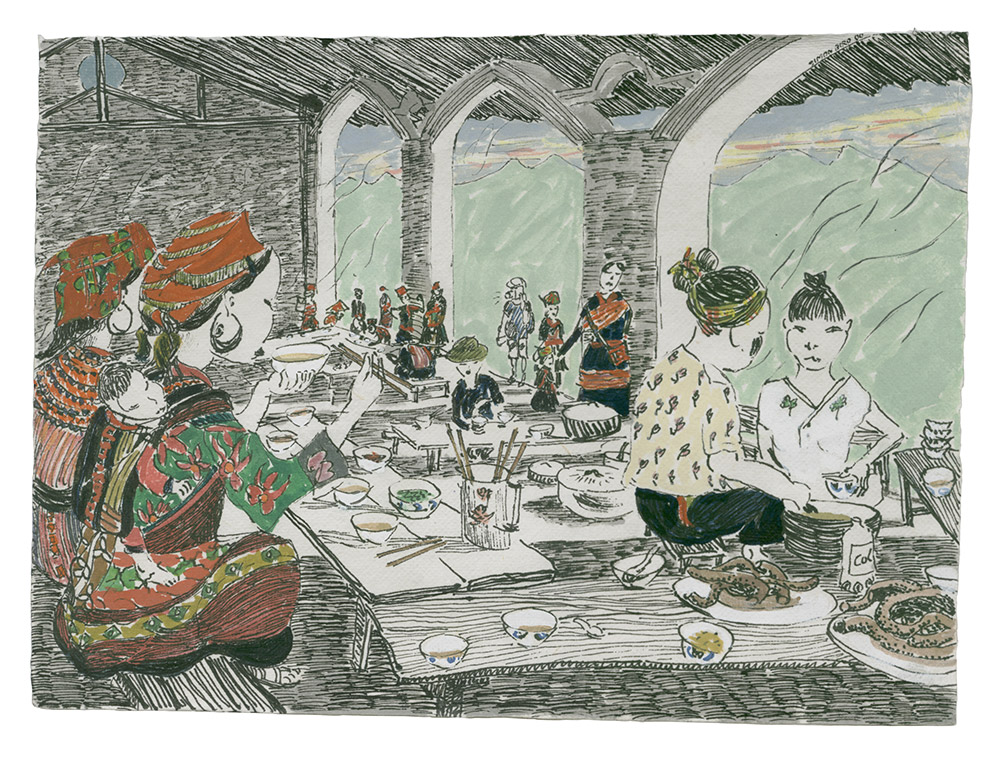 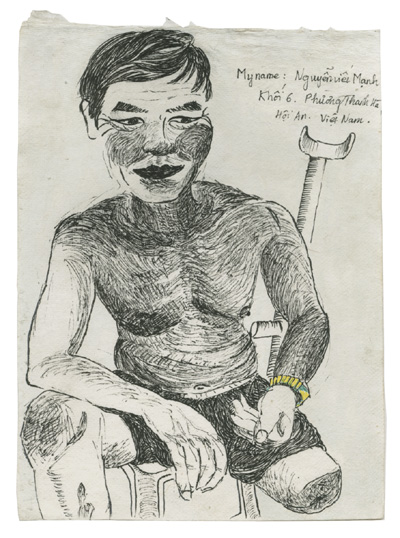 Very proud of his scars and proud of beating the USA, in what they call – The American War. 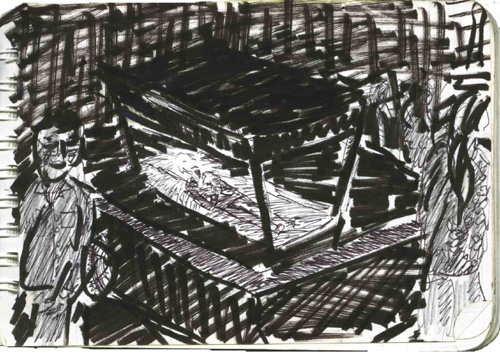 He looked very well, but then he had just returned from a four month make-over in Moscow. I was disappointed there was no chance of a cup of tea with the old chap, but I suppose he was confined to a glass cabinet and wouldn’t want to mess up his mascara.